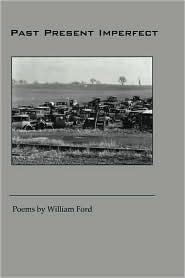 William Ford  has published two books of poems, The Graveyard Picnic (2002) and Past Present Imperfect (2006) and has a third, Allen & Ellen (a chapbook), soon to be released from Pudding House.  He has appeared most recently in Brilliant Corners, Café Review,  Free Lunch, The Iowa Review, and  Southern Humanities Review.  He has been the recipient of Mid-America Press’s Writing Award (2001), was designated an “Iowa Poet” at the 2003 and 2004 Des Moines Poetry Festivals, and been nominated for a Pushcart prize three times (1994, 2002, 2008).   A graduate of Occidental College and the University of Iowa, Ford, now retired, was a college teacher and sometime editor and tech writer.