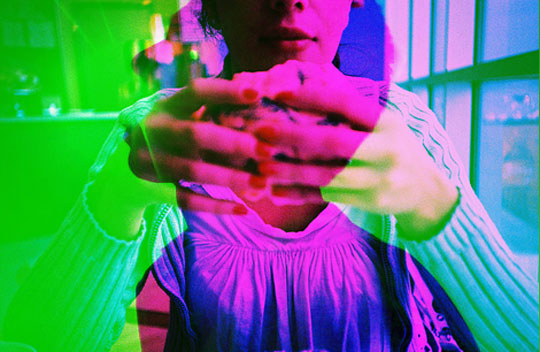 ‘Do you mind, bud,’ Jimmy said. ‘We’re not running a bleedin’ peepshow.’ The deliveryman was skinny. He had blotchy skin. He looked middle-aged. He’d put one foot against the door and he was trying now to peer around Jimmy into the front room. Karen was sitting on the futon fixing a pillow behind her back. She was naked. ‘Heh!’ Jimmy pushed the money at the deliveryman. The deliveryman took it without looking. ‘Keep the change,’ Jimmy said, slamming the door shut in his face.

He carried their order back in to the front room. ‘Did you see that?’ They had a one-bedroom place just off the river in the south docks. The curtains were drawn. When they were open the view of the river was obscured by a galvanise wall.

‘That cheeky fucker. The eyes were popping out of his head trying to get a look at you. Seedy oul bollox. If we weren’t hooking up with Eddie in a-’

She glanced up from the futon, ‘What?’

‘What’s that supposed to mean?’

‘Sure you love that shit.’

‘Some bloke you don’t even know gaping at your tits. You’re a bleedin’ exhibitionist is what you are. Yourself and your mate, Tina. A right bleedin’ slapper she is. I could strangle that one for getting you started on them classes.’

‘You never complain about the money it brings in.’

‘You wash dishes why don’t you. I don’t wanna wash anybody’s poxy dishes.’

‘You could wash a few around here once in a while. The place is like a bleedin’ tip.’

The lewd cheer of a fire engine erupted from the station on Tara Street. He stood there holding the big paper bag with their food in it. He’d ordered the Golden Palace set dinner for three, even though there were only two of them.

‘Look,’ Karen said, ‘are you gonna dish out that grub or what? I’m starving here.’

‘You always come out of that place with a big smirk on your puss.’ She smiled at him now. ‘Yeah, I see you. Get a real kick out of it don’t you? Taking your kit off in front of all them spotty little middle class fuckers. I see the way they do be looking at you. Little spoiled little fuckers.’

‘Dish out the grub will you. The juice is starting to come through the bag. It’ll be all over the floor in a minute.’

He stomped out to the little back room that served as their kitchen. There was nothing particularly kitcheny about it. Except that that was where the Corpo put the sink. Karen bought a fridge and they plugged it in beside the sink. On top of the fridge then they stood a mini oven his mother got at some market in Tallaght. The room wasn’t big enough for a table and chairs. They only prepared their food there. They ate in the front. The room used to be Justin’s.

Jimmy had the gas connected before Karen went into Holles Street. His family went to work on the flat while he was in the delivery room with her. His mother and his Auntie Betty hung the wallpaper they got in Wigadors. Pale yellow. Little boys in blue on seesaws and hobbyhorses.

‘They were like Laurel and Hardy,’ his father told him later in the Wind Jammer. ‘Tripping over one another. Rolls of paper. Buckets of paste. Bickering. Stopping every two minutes to make mugs of tea.’

Lastly they put together the cot Jimmy had been paying off. It fitted into the alcove like the alcove was made for it.

When Karen saw it all her bottom lip started to quiver; for a second Jimmy thought she was going to cry.

He’d get out of bed whenever Justin woke. He’d lift his son out of the cot and walk around the back room in his bare feet with him, Justin’s lips moistening the hairs on his chest. He’d point into the yard all lit up. He’d tell Justin his family had lived in the area for the best part of a hundred years. Dockers the lot of them, though himself and his father  were only casual these days.

He’d see himself collecting his son from the school on City Quay. He’d whisper to Justin that he’d have to pay attention in school. ‘Not like your oulfella, hah? The thick.’ That he’d get some flash job in the Financial Services Centre across the river. Or in the high-rise they were building at the end of the street. He didn’t know if he really believed any of this. The trick was not to think about it too much after you said it.

Then Karen’s nightmares began. She’d scramble up from the futon in the dark muttering about Justin’s eyes filling with blood.

He had the gas disconnected after the funeral -the imitation fireplace the Corpo put in only heated the back room anyway. He got rid of the cot. Painted over the wallpaper. His father helped him put up a few cupboards and they built a wardrobe into the alcove.

‘Yiz can always try again, Son,’ his father said when they were sitting in the sunshine in the yard drinking tea. ‘Don’t throw away what you have.’

One morning not long after that Jimmy was searching for a plunger under the sink when he noticed the little boys and the seesaws and he realised he’d forgotten to paint over the paper there. He remembered Justin’s coffin. It was so small. White. Like a cake box. It was no weight to carry. He sat back on his haunches right there in front of the sink and bawled.

The prawn cracker dissolving on his tongue reminded him of how hungry he was. He grabbed a couple more and stuffed them into his mouth. He found two clean plates and two forks and he began to put together the separate meals each of them liked from the order. The room was cold so he worked fast. He hadn’t bothered switching on the light when he came in. He could see fine by the security lights on the warehouse beyond the yard. Okay, he told himself, lifting the heaped plates, go easy on the lectures. Try and lighten things up a bit.

‘Meal for two me hole,’ he said when he came into the front again.

‘I thought you ordered the meal for three.’

‘That’s what I’m saying. The meal for two wouldn’t feed a rabbit. Two Chinamen maybe. Ever see the bleedin’ size of them?’

‘Your something else, Jimmy, you know that?’

‘What’s wrong with you now?’

Karen pulled the duvet aside and he set her plate down. He sat on the edge of the futon, his plate across his knees. The food - glistening oranges, yellows and browns - caught his eye. The white rim of his plate against the plush red mattress. He remembered Eddie talking about that place in London. The word he’d used to describe it: Opulence. The Golden Palace was a pillbox of a kip on the corner of Pearse and Sandwith Street. Steel shutters spidered in indecipherable graffiti. A cracked neon sign above the door. Black characters on a yellow background. He assumed the characters spelled the name Golden Palace. For all he knew though they might say ‘fuck you’ in Chinese.

The smell of the little room momentarily cut through the smell of the food. The air made dry by the electric heater. The stale odour of sweat. The lingering tang of sex.

He turned to stare at her. ‘Put something on will you.’

‘Sure there’s only the two of us here.’

‘Why don’t you give up that life modeling craic?’

‘Now that Eddie’s out we won’t be stuck for a few bob.’

‘Anyways...’ Karen prodded a piece of chicken. Lemon sauce clung to the tip of her finger. ‘You’d never understand why I do it.’

‘Understand what? A bleedin’ brasser wouldn’t do it.’

‘It’s art, Jimmy! Art! Those people up there look at me and all they see is someone to draw. Not everyone thinks like your new mates, you know.’

‘Gimme me tee shirt.’ She licked the lemon sauce off her finger. A boat honked on the river.

He reached behind him without taking his eyes off her and found her tee shirt. This tatty black thing she loved. Paris Neon stenciled across the front in silver.

It was the drawings the students made of her body that kept her posing for the classes.

She remembered Tina, talking calmly, cutting through the funerary hum. Bandy rings of cigarette smoke seeping from her mouth.

But the selfish bitch that poisoned her baby followed her into the classes. Guiding the students’ hands she turned out hideous images of herself. ‘Give it a chance,’ Tina said, and soon after other things began to emerge from the drawings. The breasts that were still heavy with milk. The swollen aching nipples. The round of her belly, withering like a taunt.

Jimmy picked up a rib. He tore a dripping piece of flesh off with his fingers. ‘I hope you’re gonna put something decent on you tonight.’

‘Look, the last thing me and Eddie need when we’re in that warehouse is some copper thinking you stroked the bleedin’ car. I just don’t want you looking like a skanger is all.’

‘I could always flash me tits at him.’

‘I wouldn’t put it past you.’ That made her laugh.

Then Jimmy chuckled. ‘Jesus.’ And then they were both laughing. ‘Come on,’ he said. ‘Eat up. Eddie’ll be calling soon.’

They turned back to their plates. They hadn’t eaten all day. They soon became absorbed in their meal. Oblivious to one another, the separate courses they’d chosen.