Gold flowers, says the etymon in Greek.
But many rainbow colors nowadays
evince invention, though the form’s antique:
“disk florets,” pollened, and the showy “rays.”

The plant, perfected long, has been renowned
and loved for three millennia and more,
its fanciers as yet not having found
plump pompons, curling mops, to be a bore.

In China, it was first a flowering herb,
developed aptly, trained to play a part
in festivals, symbolic and superb—
one of “Four Gentlemen” in Asian art.

The Japanese, in an encomium
to beauty, borrowed it, put it on their seal,
then named their monarchy “Chrysanthemum,”
a moniker, to me, of rare appeal.

“All these details! The essence can’t be there;
no need to number petals, name each hue,
explain the history, tell how, when, where
chrysanthemums have grown,” they say. Quite true.

Perhaps their essence lies in their perfume.
Ah, yes! Described as “herby,” of the earth,
unlike sweet floral odors. Or each bloom
may illustrate its soul. Of course!—their worth

is in the eye of the beholder. Or,
in vegetable value: salads, tea.
And in funereal purpose—tributes for
one gone. They flavor wine. A browsing bee

may gain immunity when it enjoys
their presence. Once, they favored love’s young flame:
corsages for the girls of yore, and boys
who pinned them on lapels, before the game—

a “festival” (the players were not paid)—
or dinner at the Shamrock or the Rice,
where elegance of dress was interlaid
with intellect. The memory is twice

as precious, now that one of us is dead.
The essence of the flower lies in you,
in us. It will be honored at my head
by friends—its tousled image, its virtù. 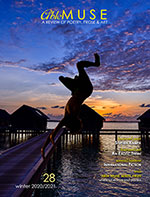