‘ . . . discord which has ripped
you from your father, stripped
away known places, play and friends . . .’
– Andrew Waterman, ‘For My Son’

A policeman blocks the road so I stop
and tut and tap the wheel and find a sweet
and scrape it through its wrapper with my teeth.
More cars stop. Then bright rustling up the street
from snare drums and some reedy trumpet-calls
remind us all what day it is. In front

Rory Waterman was born in Belfast in 1981, but has spent most of his life in England. A number of his poems will be included in a Carcanet anthology in 2011, and poems have been taken by various magazines including Agenda, PN Review and Stand. He lives between Leicester and Bristol, and is studying for a PhD at the University of Leicester.

Rory Waterman is writing a PhD thesis on British poetry in the late twentieth century at the University of Leicester. His poetry and critical prose has appeared in a number of magazines and journals.

Caught and Freed: Manipulations of Form in Elizabeth Bishop’s “Sonnet” and “One Art”

Caught and Freed: Manipulations of Form in Elizabeth Bishop’s “Sonnet” and “One Art”

Rory Waterman was born in Belfast in 1981, but has spent most of his life in England and now lives in Bristol. He studied English Literature at the University of Leicester (BA, 2005) and Durham University (MA, 2006). He is currently an AHRC-funded Ph.D. student at the University of Leicester, and is writing a thesis on themes of belonging and estrangement in post-War British poetry. He has published or is due to publish essays on John Betjeman, Philip Larkin and Charles Causley. 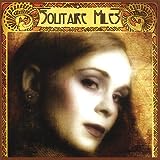